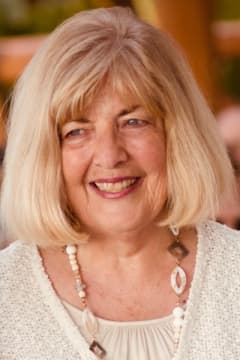 The world lost and heaven gained a beloved wife and mother, Susan McConkey Gooding, on December 22, 2020. Susan died in her home in Raymore, MO with her husband, Dan, and sons, Travis, Eric, Ryan, and Chet, with their immediate families gathered closely around her.

Susan was born in Maryville, Missouri on October 11th, 1943 to David and Elizabeth McConkey of Barnard, MO. She attended South Nodaway High School and went on to earn a music degree and Masters in Counseling from Northwest Missouri State University. While attending, she followed in her sisters’ footsteps as the editor of the yearbook and was voted Tower (yearbook) Queen. Susan had a glorious mezzo-soprano voice and performed her senior recital at the Krug Park Bowl in St. Joseph, Missouri.

Her 45 year career in education had stops in Cameron, MO and Martin City, retiring from Raymore-Peculiar School District in 2010. She also started an Early Child Enrichment Preschool in 1976 in Belton, MO.

Susan married Danny Gooding, her “Dandy,” in 1962, celebrating over 58 years together. In addition to raising four sons, she impacted countless lives as a counselor, educator, and mentor. Susan was an active member of St. Paul’s United Methodist Church, where she sang in the choir.

There will be a celebration of Susan’s life on June 5, 2021 at St. Paul’s Methodist Church in Raymore. In lieu of flowers donations can be made in Susan Gooding's honor to: