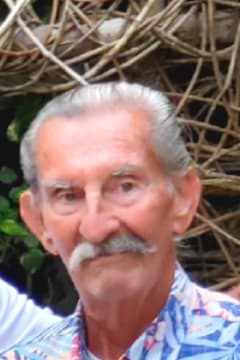 In addition to his parents, he was preceded in death by a brother, John Loyal Gardner of New York.

Steve graduated from Lawrence High School, Class of 1956. He worked at Rusty Eck Ford in Leavenworth for 12 years as a finance manager and owned and operated Super Vans of KC before moving to Ivy Bend in Lake of the Ozarks in 2000. He volunteered with the Ivy Bend Fire & Rescue and worked for the Ivy Bend Water Department from 2001 to 2012. He also owned and operated Steve Parmely Construction Co. of Stover, MO for a number of years.

He was employed most recently by Val Konieczny, owner of the Ivy Bend Resort and Marina. He and Val became good friends, and Val went to great lengths to help Steve in many ways. He fondly referred to the “Benders” as his lake family, and they truly were.

He obtained his pilot license in 1978 and enjoyed taking his children and friends flying in his 1978 German American single engine plane prior to moving to the Lake of the Ozarks. He found much pleasure in traveling and made it a point to vacation often, traveling to Cabo San Lucas biyearly, and he traveled with his son and his family often in his later years.

He built two houses from the ground up, the last built in 2005 where he lived at the time of his death. He liked to say he was the self-proclaimed mayor of Ivy Bend while reminiscing about his time at the Lake.

A celebration of life will be held at the Surfside Bar and Grill by Val Konieczny at a later date.

Steve will be interred with his mother in the Timberlake Section of the Platte City Cemetery.