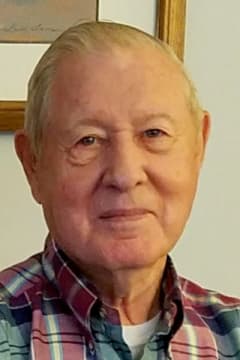 Robert “Bob” G. Thorpe, 83, of Independence Missouri was escorted by the angels into Heaven at 6:15 am, October 5th, 2020 to his home with the Lord Jesus Christ. Bob had been a resident of the Missouri Veterans Home in Warrensburg Missouri for nearly the past year. Bob put up a good stand in his battle with Alzheimer’s over the past 3+ years but is now free from disease and completely well!

Bob was born in London Ontario to Murry and Elizabeth Thorpe (Ratliff) on June 20, 1937. Bob was a twin with his late sister Roberta who passed away in her 40s from cancer.

One of Bob’s favorite stories is he was the janitor at the one room school house in Canada and he would prepare the building with wood in the pot belly stove and clean up the chalk boards and such. He was sure that was some training he got early in life for an occupation that was later to come.

In Bob’s early teens his family moved to the USA, Farmington, New Mexico. (His mom was American and Dad was Canadian). Bob’s first job in the states was working for a photographer and many years in the insurance industry. Bob joined the United States Army and as always very proud to serve his country. His claim to fame if you will was starting a carpet cleaning business, Red Carpet, which he ran with his sons Scott, and Troy and family. Bob retired at age 62 but he kept very busy with the boys, things he liked to do, helping others and the Gideon’s.

Bob and his wife Linda were married in 1988 and enjoyed seeing our families grow with marriages, grandchildren and great grand’s too. Not to mention great road trips throughout the USA and traveling internationally to Mexico, Egypt, Israel, Italy, France, England, Jamaica and other Caribbean islands.

Over the past 10 + years Bob was very engaged in his membership with the Blue Springs Gideon’s. Distributing God’s word was a pure joy to Bob’s heart. Bob and Linda attended Grain Valley First Baptist church, and previously at Plaza Heights Baptist Church.

The family will hold a small service for family and a few close friends at the Veterans Cemetery in Higginsville Missouri on Tuesday, Oct 13, 2020, at 2 p.m. in the afternoon. The family asks for no flowers but donations sent to Gideon’s Intl., PO Box 1572, Blue Springs, MO 64013.

Because of current conditions our country is facing the family plans to hold a celebration of life in June of 2021 to share stories, photos, video clips of the life so richly lived by our beloved husband, father, grandfather and friend (not to mention brother in Christ!)

Bob and Linda were always so kind to my wife and I. Their love for each other should be a shining example that other couples strive to emulate. Bob was as caring and gentle as he was thoughtful. I know that he's safely in our Lord's arms now and that we will one day all see each other again in joy for eternity. May God give His strength, comfort and peace to Linda and so many others who were impacted by Bob's love here on earth.
- Shain Bergan
Dear Bob was one of the first to share twin stories with me when I learned I was expecting my twins. I love the baby picture of him and his sister that Linda has posted on Facebook before.
- Courtney Trusler