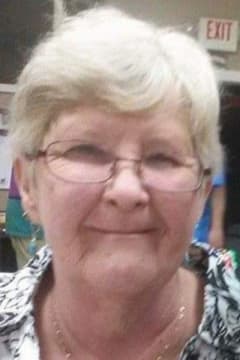 Rhoda Lee Hemphill Stinebaugh, 66 of Oskaloosa KS, died Tuesday June 23, 2020. She was born October 27,1953 in Kansas City, KS. She was a member of the Fraternal Order of Eagles #87 for 44 years and a past madam president. She lived most of her life in Kansas City Kansas until she moved to Oskaloosa Kansas in 2017. Rhoda loved playing Bingo at the American Legion both in Lawrence and Oskaloosa and was an avid bowler most of her life. She met her husband while on a bowling team and married him on June 4, 1977. They just celebrated their 43rd wedding anniversary.

Cremation Care is planned and A Celebration of Life will be held on Saturday July 18, 2020 from 12pm - 4pm at the Oskaloosa City Hall at 212 W. Washington St. Oskaloosa Kansas.

In Lieu of flowers please make a donation to the charity of your choice in Rhoda Stinebaugh's name.

Howard and I are so sorry for your family's loss. Our prayers for Gods comfort for you all
- Lorna Hull