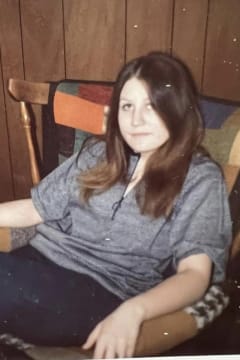 Pam was born May 16, 1953, in Kansas City, MO to the late Forrest Ray and Betty Ruth Mason (Johnson). She attended St. Peter’s Catholic School, Ohara High School and went on to Center High School to finish, all in Kansas City, MO. Pam attended Stephens College, a private Women’s College in Colombia, MO, to further her education in Early Childhood Studies. Pam’s passion was with “The Littles”. Her first stop was Plaza Pre-School, where she grew her knowledge and skills, leading her to her final stop, Our Lady of Peace Pre-School. Working at Our Lady of Peace fulfilled another passion of Pam’s, Our Lord. She had the best of both worlds, molding children’s minds both in education and the Catholic curriculum. She met a lot of lifelong friends along the way, many staying right by her side through her arduous health journey.

Pam married Edward Alan Pence in March of 1971 and had two daughters. They stayed in the Kansas City, MO area to operate/own Pence’s Fairmount Fountain Soda Shop before moving to Grandview, MO in 1978 to raise their girls. In January of 1989, Eddie received a cancer diagnosis, and he lost his 17-month battle on August 13, 1990, at the age of 40.

On Dec 12, 1992, Pam married Charles Dennis Russell Sr (Charlie) and welcomed his two sons, creating a family of 6 instantly. They met while attending numerous school events, became friends, and created a life together, closing the chapter of life together when Pam was called home. During their 31 years of marriage, Pam enjoyed being a housewife, doing all the tasks that a mother and wife does, while Charlie drove over the road for 28 of those years, retiring January 1, 2020, to care for her during her decline.

Her life will be cherished in the lives of her children Loree (Terry) Eppert of Harrisonville, MO, and Lisa Pence (Angie) of Grandview, MO. Lisa and Angie assisted Charlie the last couple of years with Pam as she battled her health journey from the house.

She is also survived by her husband of 30 years, Charles Dennis Russell, Sr, of Grandview, MO; her brother Forrest Ray Mason II (Pat) of Kansas City, MO; Charlie’s sons Charles Dennis Russell II (Jennifer) of Belton, MO and Andrew Eugene Russell (Valerie) of Stockton, MO; nieces and nephews; a wealth of cousins who were more like siblings to her; tons of lifelong friends, and her very special childhood friend, Eileen Schafersman (Robinson).

Pam is preceded in death by her father Forrest Ray Mason Sr when she was just 18 months old, her mother Betty Ruth Mason (Johnson), first husband Edward Alan Pence, a child she carried but never got to hold, father-in-laws, mother-in-laws, brother-in-laws, aunts and uncles, and many other relatives and friends.

Pam will be remembered as a true servant of God. She was so dedicated to her daily prayers, watching daily masses on EWTN and professing her faith to all. Her love for God was insurmountable. May she rest in the loving arms of Him, for eternity.

A Catholic Mass will be held at Coronation of Our Lady Parish, located at 13000 Bennington Ave, Grandview, MO, on December 3, 2022 at 10am with a celebration of her life, followed by food and some of her favorite music at Brick Plant Ranch, 27115 S Brickplant Rd, Harrisonville, MO.