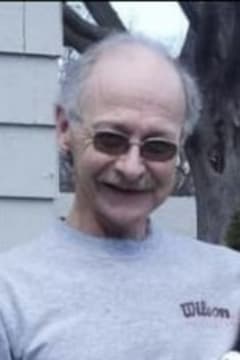 Michael Martin Voth, 68 years old of Kansas City, died January 23, 2022 in his home due to complications from illness.

Michael was born May 30, 1953 in Scott City, Kansas to Martin and Betty Voth. He was the oldest of 5 children with brothers Mark and Justin and sisters Karen and Jana. He spoke often and fondly of his childhood in Scott City and Larned, Kansas. He lived in Kansas City with his longtime friend and companion, Glenda. He had a family of four children and six grandchildren. He served in the United States Navy, attended two colleges, and worked primarily in sales during his lifetime, living primarily in Kansas. He enjoyed cooking, reading, and studying stocks and investments. He was passionate about politics, loved his family tremendously and took great joy in his cats. He took pride in coming from a hard-working farming family in Western Kansas.

Michael is survived by his children: Christopher, Heather, Amanda and Matthew; his grandchildren: Alanna, Alexander, Phoenix, Vanessa, Jonathan, and Artemis; his brother Mark; his sister Karen; and his good friend and companion Glenda.

He is preceded in death by his parents Martin and Betty, his brother Justin, and his sister Jana.

There will be a family visitation on Friday, January 28, 2022 at 1505 Brookhart Drive, Harrisonville, Missouri, from 11:00 - 1:00, followed by a reception and celebration of life at the residence of his daughter Amanda. The graveside service will be held in Larned, Kansas on a date to be determined at the Voth family memorial site at Larned Cemetery.