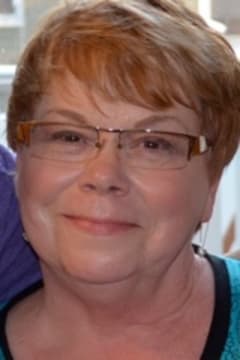 Margaret Jane (Vernon) Robshaw, 80, of Lawrence, Kansas, passed away November 8, 2022. She was born May 8,1942 in Council Bluffs, Iowa. Margaret, who commonly went by Jane, had fought dementia for many years and is finally at peace.

Jane is survived by one sister, Sue (Richard) Cummings, of Papillion, Nebraska, and two daughters, Allison Robshaw (Chris Ayre), of Bloomington, Minnesota, and Susan Werner (Wyatt Werner), of Overland Park, Kansas. She also leaves behind three grandsons whom she loved dearly: Logan, Braxton, and Griffin Werner, of Overland Park, Kansas. She was preceded in death by her husband, James (Jim) Robshaw and older sister Elizabeth Myers.

Jane called many places home throughout her life. She spent her early years growing up in the Council Bluffs/Omaha, Nebraska area. Jane attended the Iowa State Teachers College in Cedar Falls, Iowa, and upon graduation she married her high school sweetheart James (Jim) Robshaw and moved to Colorado. In Colorado, Jane completed her master’s degree at the University of Colorado. Jane and Jim made their home in many places, including Arizona, Southern California and finally settled in Moraga, California, a suburb in the San Francisco Bay area. During that time, Jane guided and raised her daughters while at times also working at St. Mary’s College in Moraga, California. Later in her life, Jane continued to move around the country making friends everywhere she went. She spent her remaining years in both Bella Vista, Arkansas, and Lawrence, Kansas.

Jane enjoyed painting, reading, cooking and socializing with friends. She also loved traveling and acting with the Lawrence Theatre Vintage Players of Lawrence, Kansas. She will be truly missed.