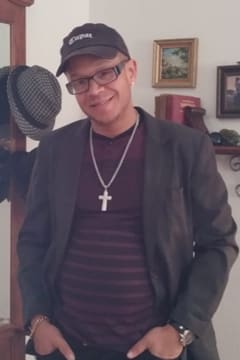 Marcus Allen Meriwether departed this life in his home on November 21, 2022, in Independence, Missouri at the age of 37.

Marcus was born on September 2, 1985, in Denver, Colorado to the union of Ronny and Cathy Meriwether. His mother remarried to Chad Dyer with whom he resided while he attended Grain Valley High School and Metropolitan Community College. He played football, was on the wrestling team and played the violin. Marcus loved to create art, record music with friends and was an avid Chiefs fan. In his adult life he became a published author of an anthology titled The Acadiad, he also founded a Christian outreach program called Awakening Arts & Entertainment, and most importantly he became a father to a daughter he loved dearly.

A celebration of life and reception are scheduled for 2-4 p.m. Wednesday, November 30, 2022, at Heartland Church 400 SW Lake Village Blvd., Blue Springs, Missouri 64014. Pastor Tim Buzan will officiate the ceremony. All are welcome to attend and celebrate Marcus’ life. A memorial fund has been set up in his name; donations, flowers, and condolences may be sent to 548 South Arlington Ave., Independence, Missouri 64053.