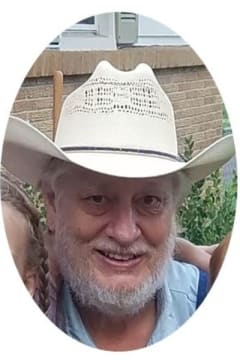 Lynn Wilbert Andersen was born August 1, 1950 in Cass County, Iowa and passed away July 26, 2020 at his home in Cass County, Missouri. Lynn was the son of Wilbert F. and Janis M. (Bornholdt) Andersen.

Lynn spent his early years as a farm boy until his family purchased a home in Atlantic, IA and “moved to town”. Atlantic remained his home until 1970 when a friend invited him to come to Missouri. He lived in several small MO towns including Independence where he was a neighbor of Harry S. Truman. He recalled chatting with the former President over the fence.

Eventually, Lynn moved to the small town of Peculiar where he met Gayla (Plunkett) Cook. The couple was married on June 27, 1978 in Bridal Cave at the Lake of the Ozarks. Lynn and Gayla welcomed three daughters, Carrie, Chessie and Celine. In the early 1990s, Lynn and his family left Peculiar to return to farm living.

Lynn worked construction for Dusselier where he helped lay the foundation of John Knox Village and was an equipment operator for Firestone. When Firestone closed their doors in 1983, Lynn decided to be his own boss and formed Andersen Welding & Repair, a mobile welding and commercial auto repair service. His girls have fond memories of going with him to various job sites from an early age. As industries changed, so did Lynn’s business, transforming into Andersen Ditching, a septic installation company, in the late 80s.

Lynn enjoyed hunting, tractors, traveling around the country to steam engine and farm shows, state fairs, his motorcycle and being outside on the farm with his girls. But his greatest joy was being Grandpa and his grandchildren adored spending time with him.

Please share a condolence, photo or memory of Lynn Wilbert Andersen. We welcome all condolences that are positive and uplifting.