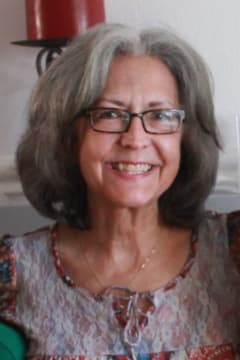 Karel Bethel Multala of Kansas City, MO passed away peacefully on Monday October 4th, 2021, at the age of 69.

Karel was a loving wife, mother, grandmother, sister, and dear friend to many. She was born on September 5th, 1952, to Ernest Clarence Lewis and Patricia Joan Stammer in Bartlesville, Oklahoma. She grew up in a home full of love with her parents and her brother, Jeff Lewis. Their life as children was full of travel and adventure as their father’s job on the pipeline kept them constantly on the move. They lived in many different places including Illinois, Wisconsin, Tennessee, Kentucky, Mississippi, Arizona, California, Alabama, Georgia, Texas, Oklahoma, Ohio, and British Columbia, just to name a few. They explored every location, from forests full of wildlife to streams so packed with fish you simply needed a net and a little bit of gumption to snag a catch. In addition, they would frequently vacation in New Mexico, where she and her brother loved exploring the local shops and sights.

Karel did have the benefit of spending many of her school years in the same place. She attended Bluestem Elementary school in Dewey, Oklahoma and would later graduate from Dewey High School in 1970. She later attended Oklahoma State University where she studied English Literature. Her love of Cowboys football continued throughout her life, passed along in texts and phone calls during crucial plays.

Karel met her husband, Hannu, in Bartlesville and the two were married on January 15th, 1983, at the first Nazarene Church in Dewey, Oklahoma and they celebrated their 38th anniversary this year. She had a son, Jason, and daughter, Kendra. They would later move the family from Bartlesville, Oklahoma on to Lenexa, Kansas and Grandview, Missouri.

Karel enjoyed reading, was an avid fan of movies & sports, loved playing board games, and was in love with the ocean and all aspects of marine life. She was never happier than when feeling the sand between her toes on a beach. She also enjoyed bowling, being a longtime member of a league with her husband, and throughout her life continued her travelling ways with trips to Florida and New York, among other places. Karel remained an avid sports fan all her life, rooting for the Chiefs every Sunday.

Some of her greatest joys came in the form of her grandchildren Katelyn, Zachary, Charley, Sammy, and Alex. She loved spending time with them playing games, solving puzzles, baking, and watching their favorite shows. She helped teach them how to love and treat others, and instilled in them her love of reading.

Karel is survived by her husband Hannu; her brother, Jeff Lewis, and his wife Brenda of Tulsa, Oklahoma; her brother-in-law, Henry Multala, and his wife Giovanna of Rochester, New York; her son, Jason Noah and his wife Ruth of Blue Springs, Missouri; her daughter, Kendra Starr and her husband Joe of Piper, Kansas; five beloved grandchildren; and her nieces and nephew.

Karel is preceded in death by her parents, Ernest Clarence Lewis and Patricia Joan Stammer; her niece, Amanda Lewis; and many beloved grandparents, aunts, and uncles.

A celebration of Karel’s life is planned at Eagles Landing at Lake Olathe on December 4th, 2021, from 11:30am-2:30pm. In lieu of flowers the family requests that donations be made to the KC Pet Project.