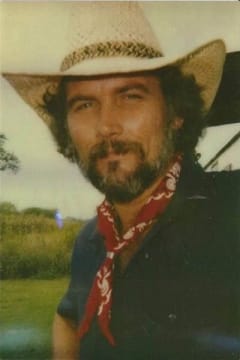 Jackie Dean Waid, March 12, 1950 to April 10, 2020,was a larger than life personality that could not be ignored. Jackie was in the army, graduated from San Jacinto College, Texas, with degree in Instrumentation. Jack was an Electrical Design Engineer for Black & Veatch and Effective Project Corporation in Overland Park, Kansas. Jackie traveled for Black & Veatch to Kuwait, Mexico, Venezuela, Trinidad, England, Algeria & India. He worked designing electrical systems in buildings for nuclear plants in Boston, Massachusetts and Georgia. Jackie worked in California, Oklahoma, Kentucky, West Virginia, Michigan, Texas and Florida.

Jackie smoked incredible briskets and made a mean jambalaya. Jack loved his friends & would give the shirt off his back if someone needed it!

Due to covid 19 pandemic, celebration of life ceremony will be held at a later date.

We worked a lot of jobs, I met Jackie in 1978 in south Texas at the old ocean plant, Vicki was working there then, I was picking her up from work and Jackie came walking out when we caught eye contact we were instant friends
- Freddie
Sorry for your loss my prayers are with you Pat and the family he will be miss so good to see when you came to AL stay strong.love you
- Pat Williams