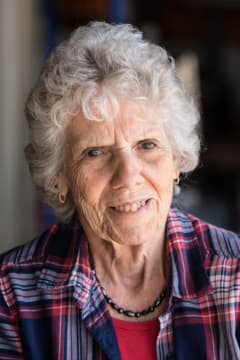 Donna Louise Hooper (Todd) was a loving wife, mother, grandmother, great-grandmother, sister, aunt, cousin, and friend. She was surrounded by her family when she passed away on November 11, 2022 at the age of 80.

Donna was born to Howard Allison Todd and Naomi Faye Todd in their family home on November 21st, 1941 in rural Harrisonville, Missouri. Most of her childhood and early life was spent at their home in Pleasant Hill with her older sister, Beverly, and her younger brother and sister, H.A. and Joyce. They lived close to their grandparents, Almus L. Todd and Elizabeth G. Todd (Brown) and Luther Neff Ferguson and Lucy L. Ferguson (Beasly), so Donna spent a lot of time learning the importance of family. Growing up, they all attended the Methodist Church together.

In Pleasant Hill, Donna spent some time working at the Pleasant Hill bank and was an active member of her community. At her high school, Donna met Billie Hooper and their lives were forever changed. They fell in love and were married on March 20th, 1960 and had three sons: Clinton, Clayton, and Christopher.

Throughout the years, Billie and Donna raised their boys in a warm and caring home. They attended church and she taught her sons to love the Lord as she did. Donna had a knack for conversation that was apparent when she worked as a waitress for many local restaurants including Nickerson Farms, Harvest House, and the Wagon Wheel. Donna loved the outdoors and instilled that love in all her sons – even mowing the yard was a task she enjoyed! In 1990, Billie and Donna moved to Hooper Holler in Osceola, Missouri. Here, she taught many of her grandchildren to hunt, fish, pick blackberries, splash in the river, and love the outdoors just like she did. In 1998, Billie Hooper passed away and Donna, with the love of her family, kept looking forward.

Later in 1999, Donna met Bob Blake and it didn’t take long before the two became inseparable. In fact, the nights they spent apart in their 23 years together could likely be counted on two hands. Bob told Donna that as long as she wore the ring he gave her, that he would continue to hang around! Bob had many children and grandchildren of his own, and Donna was happy to have an even bigger family to love, and especially more adorable grandchildren. As Donna would say, it suited her just fine. Donna and Bob took many trips to Indiana to visit Bob’s family and up to Wisconsin to go fishing and sightseeing. Donna was more than happy to accompany Bob anywhere he wanted to go and as long as they were together, there was a good time to be had.

Donna loved to decorate each home her and Bob made together and took a lot of pride in curating things just the right way. When the two moved to their home in Eldorado Springs, she especially loved the big kitchen windows that allowed her to see all the surrounding wildlife. She could tell you about every deer, turkey, rabbit, bird, squirrel, and even lizard that she’d seen on a particular day. She loved to go down to the pond and feed the catfish and take a walk through the woods.

Everyone in Donna’s life knows that she was a woman of many talents and she made everything look effortless and fun. She was a member of the Arts and Craft Club which made and sold crafts so that underprivileged families could have a Christmas celebration. She canned vegetables every year, made delicious jellies, crafted beautiful, colorful quilts, and made clothes for her whole family. She was quite the fisher and was even known to hunt on occasion. Her friends, children, and grandchildren can tell countless tales of the delicious food she always prepared; among her most famous dishes were her black raspberry dumplings, homemade ice cream, and fluffy dinner rolls. Anyone who met her was touched by her kindness, her humor, and her keenness for the smallest, yet most meaningful aspects of life.