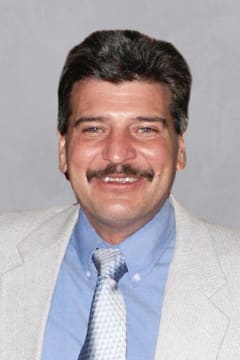 Following his father, Don joined the Air Force and was stationed as military security for the nuclear missiles at Whiteman Air Force Base in Knobnoster, Missouri at the end of the Cold War. He then followed his grandfather, Harry Mattli, into a career as an electrician.

Using his GI Bill, Don earned an associate’s degree from Southwest Missouri State in Springfield, Missouri. He was certified in Machine Tool Technology and Power Quality. He was a CPQ member of the Association of Energy Engineers.

No matter where he lived: Missouri, Kentucky, Mississippi, Nevada, or Texas, Don always chose a place with a little land. He enjoyed reading, chess, crossword puzzles, listening to music, and talking politics. He loved a good conspiracy theory. He was a kind man and always there to help friend or family, especially with electrical issues.

Don retired from IBEW St. Louis Local 1 to Fair Grove, Missouri where he raised a menagerie of animals, enjoyed the peace and quiet of the country, and took up landscape painting during the COVID quarantine. Six-toed cat, Scratchy, survives of the home.

He is preceded in death by his father, Donald Sr, and nephew, Jake. He leaves behind his mother, Ginny Mattli; three daughters: Lori, Kristin, and Andrea; three grandsons: DJ (Donald Julian), Levi and Ryder; siblings: D Michael (Ellen), William (Judy), and Ruth (David); many nieces, nephews, cousins and friends. He was loved and will be greatly missed.

Due to COVID regulations, a graveside service for family only will be held at Jefferson Barracks Cemetery.

I'm so sorry for your great loss! My childhood memories of us playing together and as young teens when I had a huge crush on him, Donny will always have a special place in my heart!
- Nancy Schulte Cohen

- Judy Schulte
Keeping Don and all of his family in my prayers. I can't imagine what you are going through. Donny was a sweet guy and that picture is how I remember him most.
- Judy Schulte