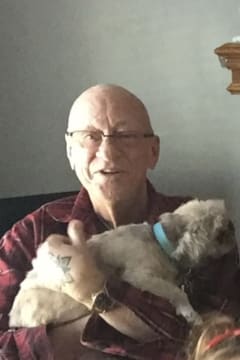 Donald (Don) is survived by his son, Jason (Jana), of Greenwood, MO and granddaughters, Sydney, Madalyn, Abagail, and Emily, as well as his siblings Dixie Higginbotham (Parkville), Linda Stidham (Osceola), and Joe Stidham (Peculiar) and many nieces and nephews and his beloved pets, Molly and Joy. He is preceded in death by his wife, Carolyn, of Lee’s Summit, MO, his parents, Donald Eugene Stidham, Sr. and L. Viola Stidham, both of Osceola, and two brothers, Bob and Bill Stidham.

Donald was born on September 10, 1950 in Kansas City, Missouri to Donald and Viola. He graduated from East High School in 1968 with a high school degree. After high school, Donald married Carolyn Sue Stidham (Chapman).

Donald enjoyed a career in film distribution and prior to retirement, the trucking industry. Donald and Carolyn brought Jason into the world in 1973. Jason will always be their greatest gift and they were so proud when Jason became the first in his family to receive a college degree. Higher education is something both Donald and Carolyn strived for Jason and his family to achieve.

The family will attend a private viewing on Friday, September 16. A celebration of life will be held on a date to be determined. In lieu of flowers, card condolences and/or donations to Donald’s granddaughters’ continuing education fund may be sent to Jason Stidham at 2433 NE Old Paint Road, Lee’s Summit, MO 64086.