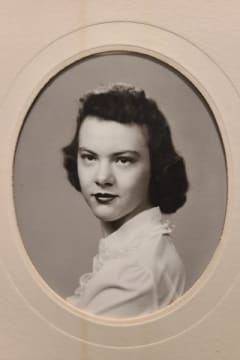 Catherine T. Kufahl of Garden City, MO was born October 26, 1937 in Ozawkie, Kansas the daughter of William Ted and Vera (Fowler) Rise. She departed this life on January 30, 2021 at the home of her grandson in Garden City at the age of 83.

Catherine graduated from Dover High School (Kansas) in 1955. She was united in marriage to Kenneth Kufahl on June 15th, 1962 at Faith Lutheran in Topeka, KS. She then joined Ken in Junction City, KS until they moved to Kansas City, Missouri in the summer of 1965. Cathy was an active member at Calvary Lutheran Church, participating in the alter guild and working part-time as a church secretary. She eventually went on to work at Old American Insurance Company which merged with Kansas City Life; she remained there till she retired. She was also actively involved with Kansas City Lutheran High School. She moved to the Garden City area after her husband’s death in 1999. She was dedicated to her daughters and grandchildren. She was an avid sports fan.

Besides her parents, she was preceded in death by her husband, Ken Kufahl on January 28, 1999 and one brother, Bill Rise.

Cathy is survived by two daughters: Amy Kufahl of Independence, MO and Sarah (Kufahl) and son-in-law Rob DeMaranville of Clinton, MO; 3 grandchildren: Logan, Alexandra and Tucker Wolfe; and 3 step-grandchildren: Echo (and fiancé Jordan Salmon), Dakota and Shyla DeMaranville. She is also survived by two sisters: Shirley Falk of Harveyville, KS and Sharon Berner of Topeka, KS; and many other family members and friends.

A celebration of life will be held Sunday, February 21st from 1:00-3:30 at the Garden City Community Building in Garden City, MO. The family requests that you wear your favorite sports team apparel whether it be for a high school, college, or professional team.

Because Cathy was such a devoted sports fan, we suggest memorial contributions be made to Archie High School Booster Club and may be mailed directly to the school at 302 West State Route A, Archie, MO 64725 (c/o Kim Sutton) or can be brought to the celebration of life.

Cathy will be greatly missed by her family and friends.